Experience the ultimate power of the ocean’s top predator giant shark and dominate the ocean! Create waves and spread fear in coastal waterways. Tear the limbs of swimmers and divers, and make humans afraid of you! 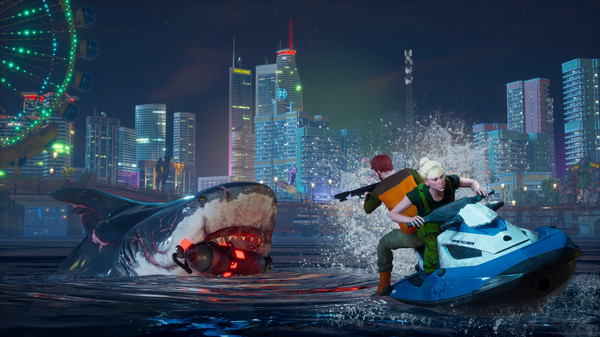 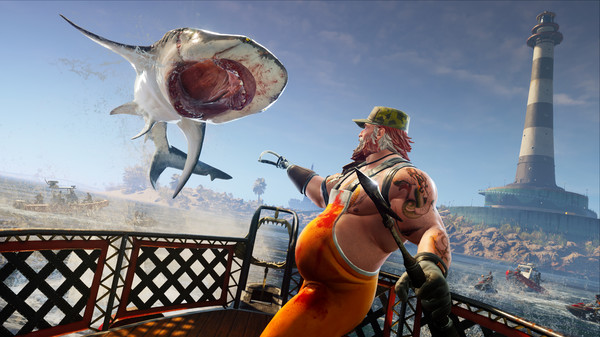 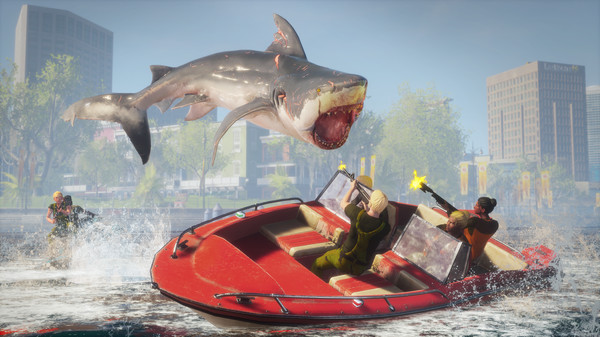 Since its release, Maneater has evoked pleasant associations with my time spent in Jaws. Since 2006, no one has managed to fully implement gameplay for bloodthirsty predators, and no one has tried it. Only the multiplayer depth and mobile hungry shark series came to mind. By the way, according to official data, sharks do not take the lives of two dozen people every year, but after watching the cult movie “Jaws”, who is interested in these figures…? In contrast, humans kill 100 million sharks every year. $11,000 per hour, Carl!

To my great surprise, the story mode is not just to tick or justify moving to another place. The story itself is constructed in the form of plots about wild animals and interviews with hereditary shark hunters. but! Not only did they show the stale revenge story, the morals, and the obvious ending in the right way, but they also clearly tried to identify the parties and motives of the conflict. It is difficult to decide who is the opponent in this story. With all his stupidity, bloodthirsty and endless violence, Maneater brought up quite sharp topics-the relationship between father and children, ecology, confrontation between humans and wild animals, the renewability of the biosphere, everyone in this world The location and the meaninglessness of revenge… At the same time, the game is trying to joke. Humor can be used both in the text and can also be provided in the form of “fun” references on the sea floor.

The game components do not require the branding of “GTA on Sharks”, but are reminiscent of the latest version of the Assassin’s Creed series. Newly born blunt sharks, or bull sharks if you wish, they are all under the control of the player. Gradually, one region by region, the local waters will tremble with the appearance of new Alpha Predators. This state can only be obtained by defeating every boss in the location, while absorbing nutrients from the local fauna, and developing into an increasingly deadly individual. All kinds of enemies like, from very small spears and classified brothers, to full-size cetaceans. Unfortunately, the combat system is not rich, most of the battles are carried out based on the same scenario. Monotony also affected the task-the developers did not come up with something more interesting than simply letting the nth specific ocean and land individual eat. Fortunately, the game ended just before it became boring. During this period, you can visit all the attractions on the map and defeat all shark hunters who work on the principle of police in a familiar game in the open world. Complete the main and side missions to unlock mutations and turn ordinary bull sharks into deadly, poisonous, and bone-growing biological electric weapons. At this point, what settings the player prefers to develop. The recruitment of levels and the collection of resources are very rapid, and it is not difficult to achieve the maximum development of labor, so the leveling of enemies in this type of game will not have a negative impact here. The sad part is the large number of bugs in the game, which has been released for more than a year. Boss triggers do not work, especially when you reach their territory in combat mode. Enemies who grab the protagonist with their gills can drag the shark under the texture, as if flying away under them, stunned by the electric discharge. It can only be cured by restarting the mission.

The graphics look good in terms of dynamics. Very juicy colors, rich special effects, and not surprisingly, a good study of the seabed. Even if you emerge from the water, your eyes will see something. The development of regions varies from place to place, and each region has its own unique vision and color scheme, not just population and degree of danger. If you use NVIDIA Ansel to observe static objects carefully, then you have noticed the weird models of people, which are more reminiscent of human models. The animation is not happy, the scene is poor, and the shark lacks flexibility in taking turns. But this is more critical. The soundtrack does not highlight anything special. The game sounds as you expected. The jaw broke, people screamed, and sharks roared in pain. Naturally, sound travels differently underwater. Maneater has been fully translated into Russian and dubbed, with consistent reporting style and good voice selection.

Strangely, the experience of playing a man-eating shark reminds me of the remake of “Destroy All Mankind!” “Instead of the aforementioned “Jaws”. There is also an anti-hero inspired by the entire pop culture layer, which is derived from a series of horror movies